The iconic Trixie Motel resides in Palm Springs, California in the equally iconic Old Las Palmas neighborhood, walking distance from all of the city's main attractions.

In February 2017, just months into dating, Brian Firkus, better known for his drag persona Trixie Mattel, and David Silver went to Palm Springs together for the first time. They discussed the idea of a Trixie themed vacation rental. Time passed and the idea was still mentioned anytime they went back to PS. Then, on one trip, the play on words popped into David's head: TRIXIE MOTEL. The two very casually started looking for properties, but years went by and it always seemed like a silly dream... Until 2020, when one day, Brian sent David a link and a simple text, "I found the motel!" It was already pink. It was in Palm Springs. It felt like fate.

The place needed a bit of a facelift, and so the two pitched The Scott Brothers, or as they are popularly known, The Property Brothers, the kings of renovation TV, on a first of its kind renovation series highlighting the complete renovation of TRIXIE MOTEL. Two years later and Trixie Motel's doors are opening and the entire process to bring her to life can be seen on Discovery+!

A big thank you to everyone at SBE, HGTV and Discovery+ for believing in Trixie Motel. It’s near impossible to get anything made in this industry (especially GAY STUFF), but #trixiemotel is our big pink baby and we love her and Palm Springs! She is a magical property and we can't wait for you to #staythenight with us in the desert and fall in love with this town just like we did.

Trixie Motel was designed by Dani Dazey. Dani is a multitalented creative with a successful career as an apparel graphic, textile, and fashion designer. She founded her clothing line Dazey LA in 2016 and found quick growth sharing her work and journey on social media. Refusing to limit herself to one craft she decided to also pursue her passion for interior decorating. Using her knowledge of trends, color, and textiles she quickly started to gain recognition for her interior works from publications like Architectural Digest, Domino, Dwell, and The Jungalow to name a few. Dani aims to empower her clients to go bold with their decisions and express Themselves to the fullest! 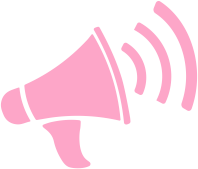 THRILLIST - Get Your Pink Fantasy on at the Trixie Motel
Owner Trixie Mattel dresses up her Palm Springs palace in drag.
View Article

OUT TRAVELER - Cover Star Trixie Mattel Dishes on Her New Reno Show Trixie Motel
If you’re tooling around Palm Springs and see a bright pink oasis rising in the distance, it’s not a mirage. It’s actually the Trixie Motel, the first and only hotel owned and operated by a world-famous drag queen.
View Article

ADVOCATE - Trixie Mattel Goes From Drag Queen to Motel Maven in ‘Trixie Motel’
The skinny legend gives us the, well, skinny on her new show and venture, explaining why this is her biggest risk yet.
View Article

DWELL - Trixie Mattel Shares DIY Advice—and What You Didn’t See on Her New Home Reno Show
On the heels of her Discovery+ series, “Trixie Motel,” we spoke to the drag superstar about the chaos and glamour of renovating a Palm Springs midcentury motel.
View Article

Trixie Motel would not be the gem she is without our sponsors. A big thank you to the following brands for generous donations that helped us bring this beautiful pink baby to life!